Opening a Closed Door: An Unexpected Relationship Between a New Mom & a Lactation Consultant

It was a Saturday, and I was the per diem Lactation Consultant (LC) at my baby-friendly hospital. I had just finished the breastfeeding class and was sitting at the nurses’ station. One of my colleagues was on the phone speaking with a physician about a patient, when the husband of one of her other patients came up and requested help with bottle-feeding.  She smiled and nodded, giving a sort of “one minute” gesture because she was on the phone. Since I wasn’t busy at the moment, I offered to assist. She mouthed thanks, and as I was walking away from the front desk towards the room, I heard her voice urgently say “She’s formula only, Flannery!”
I had assumed as much since they were asking for bottle-feeding help and at this early postpartum stage, breastfeeding moms usually aren’t using bottles. For a moment I wondered what she would think when I walked into the room with the official-looking white coat that the LCs wear. I was there to help with formula and bottle, the opposite of what my uniform indicated. I wondered if this would be a confusing message. But the thought was fleeting, and I pushed open the door to her room, knowing virtually nothing about this family.
The patient was in bed, lots of medical lines and fluids dripping. She had just had a caesarean-section and was trying to feed the baby: a big, saucy baby with pale fuzz on his head. He was sitting on her gowned chest while she attempted to cradle him. His head was bobbing around, and his mouth was trying to find the nipple on the bottle. Mom and baby both were looking for the right position.
I hated to do it, but I suggested that since mom was just out of surgery and having such a difficult time getting a sturdy hold, that I would set the baby up with her husband for this feeding. She quietly said, “Ok,” and the father followed instructions well.
I briefly explained that for some babies it’s easier to feed while they are swaddled so that their arms don’t flail and that it makes it easier to give the baby’s head the support it needs for bottle-feeding at this early stage in the baby’s life. I glanced at the mom, who had a soft, faint smile on her face as she watched her husband feed their baby. I was at the foot of her bed and put my hand on her foot through the hospital blanket. “Hey…you ok?” She held her gaze on the baby. “I just feel sad that I can’t feed him.”

I reminded her that this was temporary and, before the end of the day, she would be more agile. Her face was flushed and her eyes misty as she watched her husband feed the baby.
“Was there a reason” I asked, “that you chose not to breastfeed?” I didn’t know her and really was just curious, no agenda. She responded, “I had a double mastectomy.” Then the tears came… I’m not usually at a loss for words, but this was a morning of firsts for me. I just listened, nodding…then I found some words.
I agreed that she had a very good reason for feeling sad.  I touched her leg, indicating that I wanted to sit at the edge of her bed (because standing over someone who is crying seems brutally distant).  I did some more listening while she cried and eventually I was able to offer an idea: “You know, I have a friend who adopted a baby; she did what she called 'brottle' feeding.” My patient’s gaze turned to me with eyes full of tears but wide open.
“Brottle…what’s that?” I explained that it was my friend’s version of breast-feeding. She would remove her own top, then undress her adopted baby to do skin-to-skin. She’d then feed the baby a bottle that way: brottle.
“What’s skin-to-skin?” mom asked.
I explained that after delivery, skin-to-skin is the best place for a baby to be, undressed and against its mother’s chest for physical—as well as bonding—reasons. I joked that it also just feels nice to have a squishy baby against you. Her eyes darted back and forth between me and the baby and her husband. She wasn’t crying. Her expression had changed from grief to eagerness.
“Does that sound like something you’d like to try?” I asked softly. More tears came, followed by a low breathy “yes” from the mom.
I looked at the baby who by now had downed about ½ ounce of formula and said “ok…let’s do this.” I took the swaddled baby and placed him at the foot of her bed. I unswaddled him and then unsnapped and removed his infant shirt, revealing a chubby belly, a still new and gelatinous umbilical cord with clamp; he had peach-colored shoulders with pale swirls of blonde hair. Mom was now crying softly. I picked him up and said to her, “Are you ok with unsnapping your top so we can put him against your chest?” She sobbed, “Oh, yes.”
She slowly removed the hospital gown to reveal two perfectly round, reconstructed breasts with light pink areola. The baby was fussing in my hands, but I knew what was about to happen. When I placed him on his mom’s chest, he was instantly quiet. His face was relaxed. His arms didn’t flail. He was home. Reconstruction doesn’t mean much to a baby. His face did a little shake as if saying “no.” I told her, “He’s rooting. He’s looking to feed because you’re holding him.” Mom continued to cry and smile. Her husband, teary-eyed, quiet, came to her side and tenderly touched her shoulder.
I then said, “You know, some women who have difficulty nursing, either they're not able to produce milk or they have issues with their nipples, choose to use something called a Supplementary Feeding System (SNS). Is that something you would like to try?"
Again, she said, “Oh, yes.”

I went to find an SNS: a tube that has one end attached to a bottle of formula or breast milk (and, yes, donor milk is an option!) with the other end under the nipple shield. When the baby sucks, it pulls the formula through the tube and into the baby’s mouth, so mom and baby have the experience of breastfeeding. I found an SNS. Then I found a nipple shield, which is like a mini latex sombrero that serves as a nipple, making a latch possible. I went back into the room where the mom told me she was euphoric, having a major cuddle fest with her baby inside her gown on her chest. I showed her what I had and how they were used. I was completely awkward.  I have not been a Lactation Consultant for long. This was my first experience with the SNS system, but I felt determined.

We got set up, got the baby into position. On our first attempt the baby latched, but no sucking. It didn’t seem to matter to mom; she sobbed tears of joy and love for having the baby on her body in a way that she had assumed was off-limits to her because of her surgical history.
I said, “He’s not ready, but keep him skin-to-skin, and I’ll be back in a bit, and we’ll do this again." She smiled and cried.
About an hour later I went back into the room. Mom and baby were just as I left them earlier: skin-to-skin and perfectly content. Mom, beaming, began to cry as soon as I walked in. I smiled and started getting the gear ready. Nipple shield: on. SNS: hooked up. Baby: adorable and in position at the breast.
We were still. We waited for the baby’s cues: lip smacking…a little face-shake…then it happened. With his eyes softly open, he tilted his head back and opened his mouth wide. With my hand between his shoulder blades and his mom’s hand over mine, we guided him on to the nipple shield and her breast. He paused. Then we saw his jaw start to work. I looked at the SNS: after a few moments of his lower jaw working, the drips started to flow. I pointed this out to the parents. I whispered to her “He’s breastfeeding. You’re breastfeeding your baby!”

Other staff members came in to see this rather unusual event.  Everyone felt enthusiastic and teary. The mom who, prior to admission, had requested that nobody ask her about breastfeeding, who admitted to me that she was prepared to tell anyone who “judged” her to “go f*** themselves;" who thought she was physically prevented from being able to choose to breastfeed. This woman was breastfeeding. The baby gulped and the mom cried, smiled and thanked me repeatedly.

The fact is: I made a mess. There was formula all over mom, baby and me, but I didn’t care. I felt giddy. Before I said goodbye to her that day, I said I’d have another LC follow up with her on each of the following shifts. That made her cry too. I’m guessing she never thought she’d have a need for an LC to visit. I hugged her goodbye and said, “If you never do this again, you now know you can and that you did. He’s your baby; being nestled on your chest, whether you're lactating or not, is exactly where he needs to be.”

***
I am left with many questions.  Is it a lesson for patients that they should ask questions rather than having (understandable) guards up when it comes to their healthcare? What about the dynamic between Lactation Consultants and women who choose to breastfeed or not? Should that dynamic somehow be more gentle, with patients feeling less apprehensive of being judged? Is it a lesson for nurses and doctors to push themselves to have the difficult conversations, offering options that may be uncomfortable for the provider to discuss or painful for the patient? Is it that our agenda with patients should be to never have an agenda?
I always try to think of what is possible: to look for a silver lining and if it isn’t there, create one, to step out of my comfort zone, and (most importantly) to hope the people I take care of are willing to go there with me.
While walking in and out of her room that day, I was humming in my head some lyrics by Johnny Mercer:  “…accentuate the positive, eliminate the negative, LATCH on to the affirmative…” That Saturday I think we found a silver lining in the place between what was actual and what was perceived. It might not have been breast milk, but it was at the breast, so it was breastfeeding, right? Or perhaps what happened with this family was a man-made silver lining that had positive physiological and psychological benefits for everyone involved. Either way, I think Johnny Mercer would be proud.

I want to dedicate my post to this amazing mom. Thank you for your enthusiasm regarding my writing this story; thank you for sending me that delicious picture of your baby nursing, so that others could know that it is possible; thank you for being brave enough to let down both your emotional guard and your hospital gown; and—most of all—thank you for not telling me to go f*** myself. 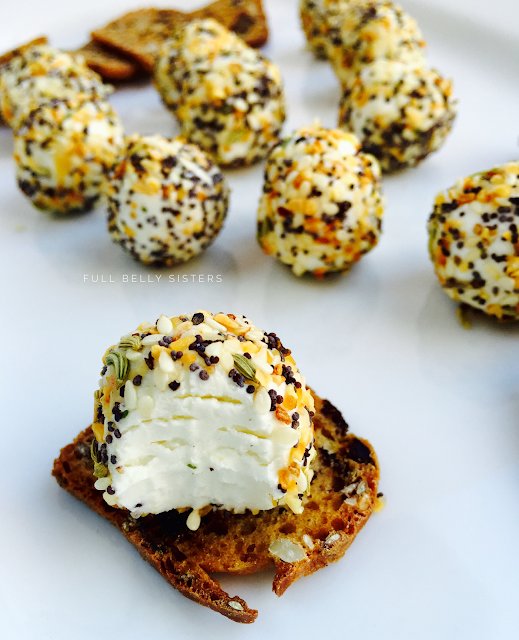 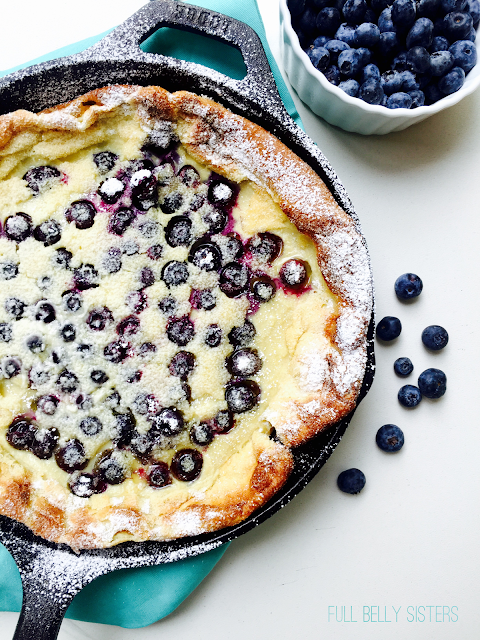 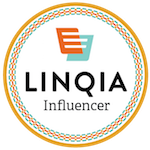